Thank you for your giving!

“All (100%) donations will go toward helping the blind, elderly, poor, invalid, orphaned, widowed, and imprisoned of Russia with the basic needs of life. However, our main focus is to bring the Good News, the Gospel of Jesus Christ, to win souls giving all the glory, honor, praise, and thanks to God.”

“If Paul was the chief of sinners, then I was the Admiral,” explains William Wood. “God not only saved my spiritual soul, but my physical life as well.” Hopelessness, drunkenness, greed, self-hatred, total dependence on narcotics, and suicidal tendencies ended when William called on God. “Having totaled two cars because of alcohol and drugs, I knew it was only a matter of time until I killed someone, maybe even a little child.” That fear helped send William to his knees to accept Christ as his Savior in 1991. From 1992-1997 William participated with Josh McDowell Ministries on nine two -week mission trips to Russia. He has also worked with Russian missions with Dr. Bill Becknell of Agape Medical Center, Manchester, KY for four years.

William returned to Russia January 1, 2003. He first set up base in the settlement of Don, and then went to Greva, also in the Komi Republic. The WWMtoR Board is hoping to raise enough support for William to remain in Russia as long as he is willing to serve the Lord in this way. (Please see UPDATE on Home Page.)

William cannot respond to emails at this time due to complications of meningitis. 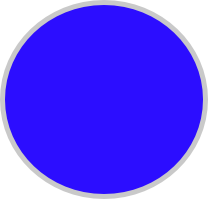