Arthur is a young man who was born in Don. He also was born again in Don! When William, Andre and Simeon arrived in Don, Arthur started fellowshipping with them every once in a while. Arthur’s dad had been killed by a drug addict in another city and Arthur’s mom is an alcoholic. In 2003 he went to college. William helped him some with his tuition costs considering his situation. He got interested in the Bible for a short time but later lost interest and started living with a girlfriend together out of wedlock. After living in sin in the city for a while he got back to Don and was at a service at the Don church. He listened again with his whole heart and later came to the pastor and told him that he had just made a decision to dedicate his whole life to Christ! And dedicate his life to Jesus he did! He talked about his faith with his girlfriend Vica and let her know that they had been living in sin. After a while she accepted the Lord and they started living separately until their marriage!!! They got married at the Baptist church in Syktyvkar and they became active members of the church. Arthur is gifted in many areas. He preaches the Word online a lot. Their firstborn’s name is Mark and later the Lord gave them twins (Sophia and Mathew)! To this day Arthur is thankful that the Lord found him at that church service in Don. Now they are residing in the southern Russian city of Belgorod and attending a local church. Their story is such an encouragement to all of us. 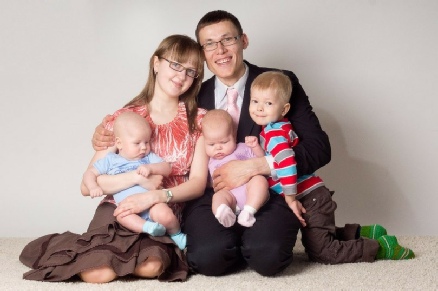